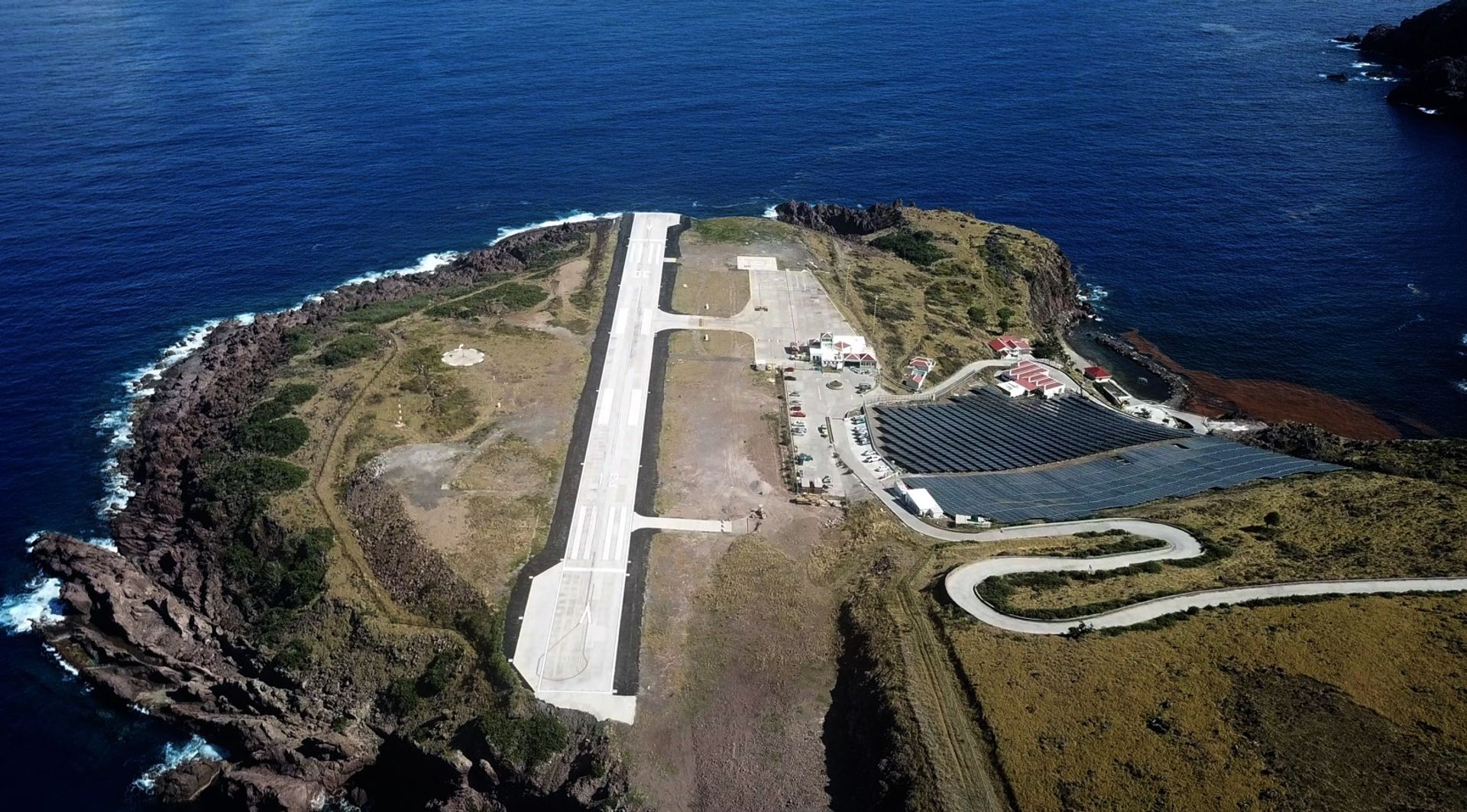 In order to remain in compliance with international agreements, Saba Airport had to take immediate safety and maintenance measures.

Client: Rijkswaterstaat (on behalf of the Ministry of Infrastructure and Water Management)
Implementation period: September 10 to October 9, 2018

Saba (Juancho E. Yrausquin) Airport has one of the shortest runways in the world. At only four hundred meters long and surrounded by high mountains and steep cliffs, Saba is an adventurous airport to fly into. Only relatively small aircraft can land there.

In order to remain in compliance with international agreements, Saba Airport had to take immediate safety and maintenance measures. There was a considerable backlog of work over the years. The work consisted of realizing a helicopter pad, replacing the asphalt layer of the runway with concrete, adjusting the Airfield Ground Lighting and renewing various markings. A concrete pavement is more durable than asphalt and also easier to maintain.

The work took place during the tourist off-season, from September 10 to October 9, 2018. During the work on the runway, the airport was closed. Travelers had to rely on ferry connections to St. Maarten and a helicopter landing site was available for medical emergencies.

"The project has been under considerable time pressure, both in the preparation and during the execution," says manager of project management Rob Kroon. At the end of the project there was also close cooperation with the contractor. Despite all the preparations, things always happen that make it uncertain whether the work will be completed on time. Contract Manager Mathijs de Wit explains: "During the first concrete pouring days, there were some technical challenges that slowed down the work somewhat. This shifted a number of activities, including the installation of the markings. The close cooperation and upscaling in manning were the success factors in the last week that together enabled us to get the work done on time."

There were also many moments of contact during the execution, for example about the weather forecasts. The work was being carried out at the height of the hurricane season and the weather was named as the biggest risk in the risk file. During execution, two tropical storms threatened the project. There was almost daily contact with KNMI's safety meteorologist for the latest forecasts and to determine whether work could start.

The brand new runway was completed in just 28 days, which to many seemed an impossible feat. One of the success factors in the project was the close cooperation between the contractor, Combination Saba Roads and Construction and Den Ouden Aannemingsbedrijf, and Rijkswaterstaat. Much was invested in communication between the parties. In six months there was a project startup, two project follow ups, two joint risk sessions, several technical and progress meetings.